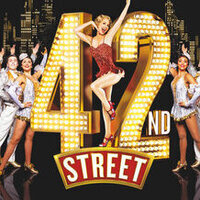 One of Broadway's most classic and beloved tales, 42nd Street, comes to U.S. cinema screens in the largest-ever production of the breathtaking musical.

Filmed in 2018 at London’s Theatre Royal, the production is directed by the original author of the show, Mark Bramble. This eye-watering extravaganza is full of crowd-pleasing tap dances, popular musical theatre standards (“Lullaby of Broadway”, “We’re in the Money" (the gold digger’s song), “42nd Street” and more), and show-stopping ensemble production numbers.