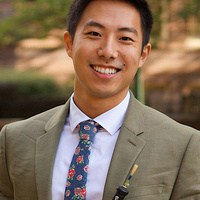 Dr. Alex Hayashi is Instructor of Oboe at Western Michigan University.  Originally from Honolulu, Hawaii, Alex attended the University of Nevada, Las Vegas and earned his BM in Oboe Performance (2011).  He went on to the University of Michigan, where he obtained his MM (2013) and his DMA (2016), both in oboe performance.

An avid teacher, Alex has instructed students ranging from beginner to advanced.  Alex's students have consistently placed into top chairs all-state orchestras, bands, and youth orchestras in Michigan and Nevada, earned Superior ratings in solo and ensemble festivals, and has been accepted into summer programs including the Brevard Music Center High School Program, the University of Michigan MPulse Oboe Institute, and Blue Lake Fine Arts Camp.  Additionally, his students have been accepted into competitive music programs, including the Eastman School of Music, University of Michigan, University of Texas - Austin, and University of Southern California. During the summers, he conducts lessons and masterclasses in Japan, most recently working with students in Kyushu (Southwest Japan). Alex also serves as Oboe and Winds Faculty at the Clear Creek Music Festival, and has worked as Assistant Instructor at the U-M MPulse Oboe Institute and Clinician at Hawaii Youth Symphony Pacific Music Institute.

As a performer, Alex is well-versed in large ensembles, chamber music, and solo venues on both oboe and English horn.  He has performed with US orchestras including the Detroit Symphony Orchestra, the Las Vegas Philharmonic, and the Ann Arbor Symphony Orchestra.  Alex also has international performance experience at festivals and competitions in Japan, Austria, Switzerland, and the British Isles. He is a regular member of the TAD Wind Symphony, a wind band based in Tokyo, Japan and led by Takayoshi "TAD" Suzuki.  Alex was recently invited to the 4th Barbirolli International Oboe Festival and Competition, where he received the Jennifer Elstub Memorial Prize for his rendition of the York Bowen Sonata.

Alex has recently performed as principal oboe of the Henderson Symphony Orchestra, oboist of the Emblems Quintet, and a founding member of Argentum Chamber Works in Las Vegas.

Alex's primary teachers include Dr. Nancy Ambrose King, Dr. Stephen Caplan, and Susan Ochi-Onishi. In addition, Alex has studied with and participated in masterclasses with Alex Klein, Nathan Hughes, Rebecca Henderson, and Eugene Izotov, among others.