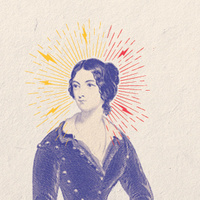 Tena Clark, a Mississippi native and Southern Miss alumna, is a Grammy-winning producer and entrepreneur. Clark began her career as a drummer and engineer in rural Mississippi before she was discovered by Stevie Wonder. Over the course of her career, Clark has written and produced for Aretha Franklin, won a Grammy for her work with Natalie Cole, and has collaborated with artists such as Leann Rimes, Dionne Warwick, Chaka Khan, and Maya Angelou. A pioneer in the field of creating sound for corporate branding, she is the CEO and chief creative officer of DMI Music & Media Solutions and has developed promotions for McDonald’s, AMC Theatres, and Walgreens. In addition to her work in music, Clark is a civil rights activist and a champion for women’s rights. Her recent memoir, Southern Discomfort, is a “Southern gothic tale of growing up in 1950s Waynesboro, Mississippi, a lesbian raised by a womanizing father, an alcoholic mother, and a household of African-American help whom she’d sooner call family.” (Kirkus Review)