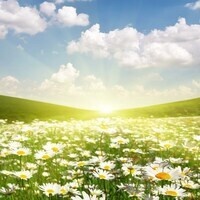 FestivalSouth®, in cooperation with the Arts Institute of Mississippi at The University of Southern Mississippi, proudly presents Woodstock 50: Golden Anniversary Concert. Come hear the music of Jimi Hendrix, Janis Joplin, the Who, Crosby, Stills, Nash and Young, Santana, Jefferson Airplane, Joe Cocker, Arlo  Guthrie, and many others. Originally billed as “Three Days of Peace & Music,” the Woodstock festival truly was a one-of-a-kind experience! It was held in August 1969 at a dairy farm in the Catskill Mountains. More than half a million people came to see more than 32 acts that performed during that weekend. The Woodstock festival is widely regarded as one of the most significant events in American popular music history.